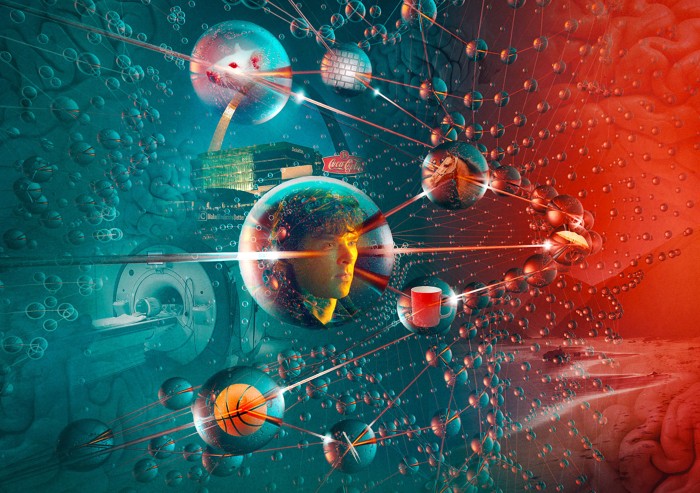 For someone who’s not a Sherlock superfan, cognitive neuroscientist Janice Chen knows the BBC’s hit detective drama better than most. With the help of a brain scanner, she spies on what happens inside viewers’ heads when they watch the first episode of the series and then describe the plot.

Chen, a researcher at Johns Hopkins University in Baltimore, Maryland, has heard all sorts of variations on an early scene, when a woman flirts with the famously aloof detective in a morgue. Some people find Sherlock Holmes rude while others think he is oblivious to the woman’s nervous advances. But Chen and her colleagues found something odd when they scanned viewers’ brains: as different people retold their own versions of the same scene, their brains produced remarkably similar patterns of activity1.

Chen is among a growing number of researchers using brain imaging to identify the activity patterns involved in creating and recalling a specific memory. Powerful technological innovations in human and animal neuroscience in the past decade are enabling researchers to uncover fundamental rules about how individual memories form, organize and interact with each other. Using techniques for labelling active neurons, for example, teams have located circuits associated with the memory of a painful stimulus in rodents and successfully reactivated those pathways to trigger the memory. And in humans, studies have identified the signatures of particular recollections, which reveal some of the ways that the brain organizes and links memories to aid recollection. Such findings could one day help to reveal why memories fail in old age or disease, or how false memories creep into eyewitness testimony. These insights might also lead to strategies for improved learning and memory.

Hear Sheena Josselyn describe the work to picture memory in the mind.

The work represents a dramatic departure from previous memory research, which identified more general locations and mechanisms. “The results from the rodents and humans are now really coming together,” says neuroscientist Sheena Josselyn at the Hospital for Sick Children in Toronto, Canada. “I can’t imagine wanting to look at anything else.”

In search of the engram

The physical trace of a single memory — also called an engram — has long evaded capture. US psychologist Karl Lashley was one of the first to pursue it and devoted much of his career to the quest. Beginning around 1916, he trained rats to run through a simple maze, and then destroyed a chunk of cortex, the brain’s outer surface. Then he put them in the maze again. Often the damaged brain tissue made little difference. Year after year, the physical location of the rats’ memories remained elusive. Summing up his ambitious mission in 1950, Lashley wrote2: “I sometimes feel, in reviewing the evidence on the localization of the memory trace, that the necessary conclusion is that learning is just not possible.”

Memory, it turns out, is a highly distributed process, not relegated to any one region of the brain. And different types of memory involve different sets of areas. Many structures that are important for memory encoding and retrieval, such as the hippocampus, lie outside the cortex — and Lashley largely missed them. Most neuroscientists now believe that a given experience causes a subset of cells across these regions to fire, change their gene expression, form new connections, and alter the strength of existing ones — changes that collectively store a memory. Recollection, according to current theories, occurs when these neurons fire again and replay the activity patterns associated with past experience.

Scientists have worked out some basic principles of this broad framework. But testing higher-level theories about how groups of neurons store and retrieve specific bits of information is still challenging. Only in the past decade have new techniques for labelling, activating and silencing specific neurons in animals allowed researchers to pinpoint which neurons make up a single memory (see ‘Manipulating memory’).

Josselyn helped lead this wave of research with some of the earliest studies to capture engram neurons in mice3. In 2009, she and her team boosted the level of a key memory protein called CREB in some cells in the amygdala (an area involved in processing fear), and showed that those neurons were especially likely to fire when mice learnt, and later recalled, a fearful association between an auditory tone and foot shocks. The researchers reasoned that if these CREB-boosted cells were an essential part of the fear engram, then eliminating them would erase the memory associated with the tone and remove the animals’ fear of it. So the team used a toxin to kill the neurons with increased CREB levels, and the animals permanently forgot their fear.