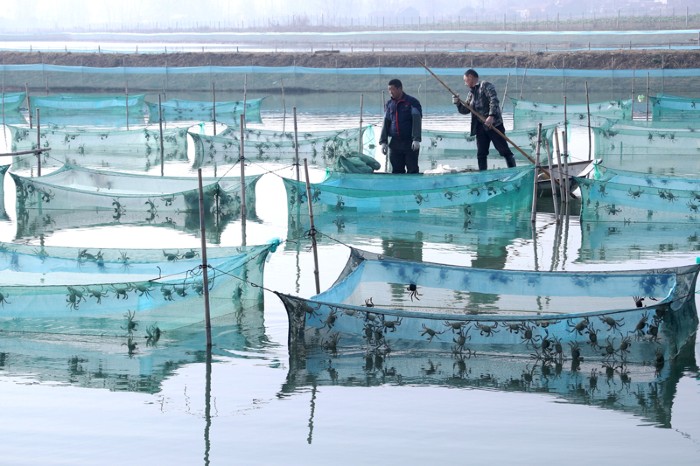 A bacterial gene that bestows resistance to an important antibiotic has been linked to both fish consumption and aquaculture.

Bacteria with the gene mcr-1 shrug off the effects of the potent antibiotic colistin. A team headed by Yang Wang at China Agricultural University in Beijing collected samples from people in 30 Chinese provinces and cities to check for Escherichia coli bacteria hosting mcr-1. The team found mcr-1-positive E. coli in 15% of the samples — a much higher prevalence than expected.

The gene was particularly widespread in regions where aquaculture is common, and among people who eat large amounts of aquatic products. This suggests that colistin fed to pigs and poultry is finding its way into lakes and rivers.

Chinese hospitals should screen patients for mcr-1 to avoid outbreaks of colistin-resistant infections, the authors say.