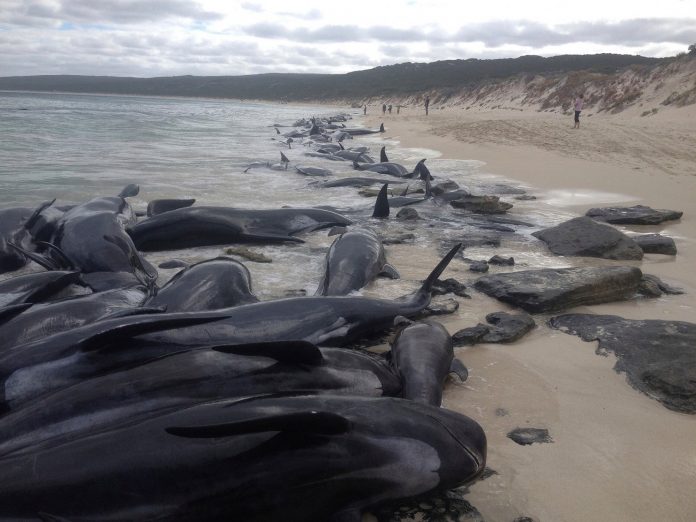 Close to 150 short-finned pilot whales died today after becoming stranded on a Western Australian beach prompting warnings that sharks may be attracted to the area.

According to NEWS.com.au, less than 12 hours after the horrific incident was discovered by a fisherman, the seven surviving whales were “placed in shallow water but it was difficult to move them further out as they were surrounded by dead whales, also because of the beach’s rocky terrain and rough seas.”

Parks and Wildlife Service Incident Controller Jeremy Chick said in a statement that they did whatever they could to give these animals the best chance of survival without risking the safety of staff and beachgoers that volunteered to assist in the rescue operation.

Help us continue to bring you the latest breaking animal news from around the world and consider making a Donation Here! www.peace4animals.net/donate